Owner/Class Leader – Lisa is very proud to be the only Music for Aardvarks licensee in Long Island, starting here in March of 2009, teaching 1 class with 6 mommys and their babies. Before becoming a business owner, Lisa made her living as a performer, teacher and director (and a waitress!). Lisa is originally from Long Island and spent 7 years teaching Music for Aardvarks in Westchester, NY, where she lives with her French hubby and her own Aardvarks – Juliette and Cosette.

Lisa has taught musical theater and acting to kids all over Westchester and New Jersey. She is currently directing an annual  70+ kid production at the Mamaroneck Ave. School in Westchester, starting with productions of Annie and Shrek. In the summer of 2011, Lisa was the music and drama instructor at the Great Neck Estates Camp, teaching some of her Aardvarks’ alumni. In the past Lisa directed the Youth Theatre Program at Temple Israel Center in White Plains, NY for 4 years, directing “Children’s Letters to God”, “Seussical the Musical”, “You’re a Good Man, Charlie Brown” and “Oliver”. Before that, she was touring the west coast performing in “A Christmas Carol”, and the east coast performing children’s theater, and has performed Off Broadway at the York Theatre and Second Stage Theatre.  She has her MFA in Acting from Case Western Reserve University in Cleveland, Ohio. 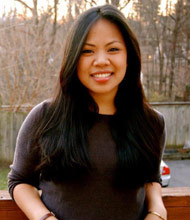 Class Leader – Laurie is a graduate of the Conservatory of Music at Suny Purchase with a degree in Studio Composition. Her musical experience spans from leading charismatic youth choirs to musical director/composer for the North American Lourdes Volunteers in France, to entertainment for lounges as well as private parties. Laurie Anne has performed solo and with groups such as the a cappella group Choral Pleasure (Honored by A Cappella Innovations). She has performed at venues like Carnegie Hall, Sheraton Hotel , NYC’s Sidewalk Café and Caffe Vivaldi. She has also performed at various events such as the Philippine Independence Day Parade in 2003. Laurie Anne continues to spread her boundless love of music to others by teaching, performing and composing. 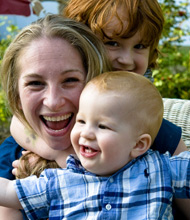 Class Leader – Jessica debuted her musical career in a one woman show at Danny’s Skylight Room in NYC. She was educated in Musical Theater at The Hartt School of Music at the University of Hartford. She then continued her studies at the Lee Strasberg Theatre and Film Institute. Jessica’s favorite credits include: Jeanie in Hair, Anybodys in West Side Story, Margot in The Diary of Anne Frank and Anne Sullivan in The Miracle Worker. Jessica then switched to another passion, working with children, at Hands On! A Musical Experience in NYC. This led to her joining Cozy’s Cuts for Kids in NYC, as the General Manager of all 3 salons. Jessica is married and the mother to 3 amazing boys, residing in Long Island. She is so excited to be returning to the team at Music for Aardvarks. 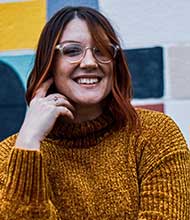 Class Leader – Christine has been teaching music for 15+ years to students of all ages. She loves teaching technique and went to school for music theory in SUNY New Paltz. But most importantly, she loves having fun with music. Whether it be making silly faces and running around, or singing and playing with our instruments in class, she wants the kids to have a smile on their face. And of course, a good solid nap afterwards. She also performs her own music regularly each weekend, and is currently living the happy “full time musician” life, following her dreams.  www.christinesweeney.com